Born in New York, Charlotte was the daughter of Herman Bernstein and Lillian Kaplan. After growing up in Brooklyn and attending college in suburban Philadelphia, Charlotte married Herbert Weinstock in 1951 and raised her three girls in the Philadelphia area. When Charlotte’s kids were grown, she started her career in the Purchasing field. She was so proud when she became the Purchasing Manager for a paper manufacturing company, Connolly Containers. After Herb’s death, she met the love of her life, Len Stein; they married in 1987, and moved to Cherry Hill NJ. Since the grandkids were not local to Charlotte, she wanted to capture the kids’ hearts, so each summer when the grandkids were between 10-12 years old, one at a time they would visit their Bubby for a month in the summer. As Bubby was still working fulltime, she sent each child to day camp but spent the evenings & weekends having fun with them. During these years, Charlotte became more and more involved in Temple Sinai not only for religious activities but also in the leadership of the community. She ultimately became President of Temple Sinai in Cinnaminson NJ. As her immediate family was small, Charlotte adopted friends as family. At holidays, Charlotte was not satisfied until she had more than 15 people at the house. One year, we were only 10 for the holiday, so Char called the local Jewish Federation office to inquire about any local Jewish families that did not have a place to celebrate. A Jewish family that had just arrived in the US from Russia would join our Holiday celebration and become life-long friends. After she retired from Connolly, she moved up to Central NJ to be closer to her daughter Ellen and her youngest granddaughter, Rebecca. She met another love, Lee Merl, with whom she spent a few years and traveled around the world together. In 2003, Charlotte moved back to South Jersey, reestablishing her connections with her Temple Sinai family, she got involved with Women’s League of Conservative Women, she moved into her last home in Mt Laurel where she began entertaining again When Charlotte was in her mid-to-late 70’s, she desired to see & support Israel, so she became a volunteer. She volunteered 2 times; on her first visit she worked on a military base, wearing fatigues and cleaned then antennae on the top of military tanks. On her second visit, she worked in a hospital. She thoroughly enjoyed these trips and getting the opportunity to see the country. Not long after, a friend introduced her to Hal Harris, another love of her life. They were a happy couple, and were snowbirds, going to West Palm Beach Florida for the winters. They made some lovely friends, mom entertained down there, she got involved with a dance group that put on a production each winter. She thoroughly enjoyed being in the Sunshine State for winters. Throughout her life, and especially after her retirement, Charlotte was devoted to supporting Temple Sinai, whether it was sending out Get Well Cards, setting up for events, attending Shivas. She also got involved with the community boards associated with her homes. After Hal passed away, she moved into Cadbury Senior Living. Char’s initial mission was to find a job to provide meaning for her life there. She volunteered to run the thrift shop at Cadbury and enlisted the help of any able-bodied person willing to donate some time. She met Ed Balderstone at Cadbury, who became her last love. The two of them enjoyed each other’s company, enjoyed music together, and ran the shop. When Covid 19 appeared, Mom moved into Ellen’s house to keep her safe, and in her last years, enjoyed frequent visits from old friends and family. Being involved in the Jewish community, being a host, cooking meals, making parties and celebrating holidays with friends and family is what Charlotte lived for! We will miss your beautiful smile, energy and wisdom and fun-loving spirit. You will remain in our hearts forever. Contributions in Charlotte’s memory can be made to Temple Sinai, Cinnaminson NJ, https://www.templesinainj.com or, the Alzheimer’s Association, http://www.alz.org 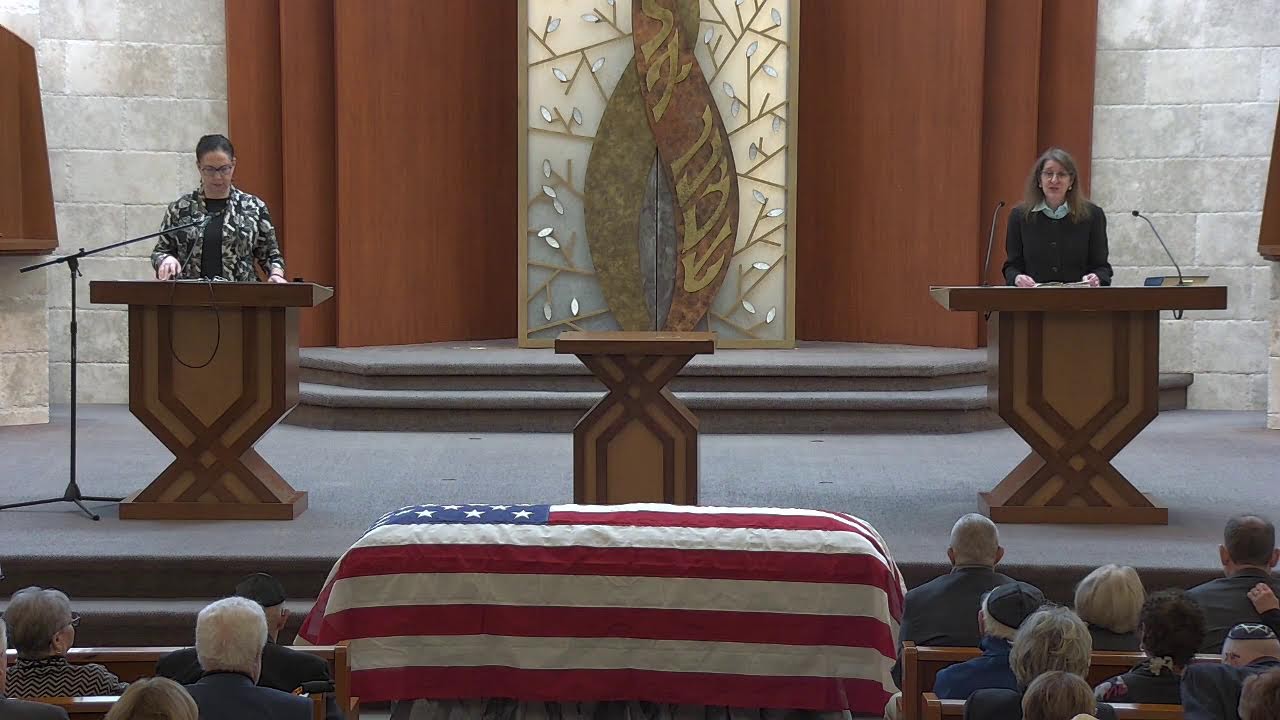